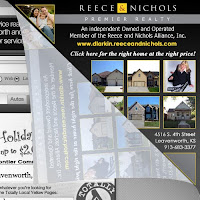 “I find those ads on the internet really annoying; I never look at them.”

Anon. (OK it was one of my teenage daughters)

As you may be aware, those strips at the bottom or up the side of your web page are called banners and ‘skyscrapers’. Increasingly, you can ‘mouse over’ them to expand them and/or click to play a video. All (tell me if you know an exception) will take you through to a landing page on another website, generally owned by the advertiser. You will also have encountered films that play before the video you wanted to see (AKA pre-roll) and ads that pop-up and block the page just when you’re trying to read the content. (AKA the work of Satan). Collectively these ads
are called online display as a convenient term to distinguish them from paid search ads (e.g. Google AdWords). The term was borrowed from ‘display’ press ads; they’re the ones that aren’t the classifieds (small ads).

There is a lot of talk currently about ‘persistent’ online advertising. Two online ad networks, VideoEgg and Meebo, have recently started offering persistent ad formats . Unlike standard banner ads (which users can zoom by as they scroll down the page or move on to the next), these units stay on the screen, occupying a border at the top or bottom.

The idea is that the basic principles of TV advertising work online: show an ad to someone for long enough and it is likely to penetrate their consciousness. Sounds irritating though, huh?

There is a new piece of research by comScore/OPA into the efficiency of online display. At the risk of over-simplification, it concludes that online advertising often contributes to purchases in an way that is rarely tracked by web analytics (often fixated on the ‘last click’). In other words, Search often gets all the credit for online clicks and sales, while online display operates at an awareness level above the ‘purchase funnel’…This is surely what image (‘above the line’) advertising has always done.

Creative isn’t the only way to get attention and engagement for online display ads; the ad format can play a vital role; if the ad does something astonishing (or even just different), it can be impossible to ignore. Broadband connections, rich media and online video have certainly made online display advertising more dynamic. To see just a few of the formats available today, check these out: (suggest you use Internet Explorer with the pop-up blocker turned off, or alternatively skip them).

However there’s a fine line between engaging and infuriating; online advertising has just as much power to annoy the audience as outbound telephone marketing (or indeed aggressive door-to-door canvassing). What looks new and cool to the creatives/techies/suits/client (no favourites here!) can rapidly become irritating to the time (and patience) poor consumer.

So are online display ads basically just press ads on a screen? OR Is this an example of a totally new marketing channel (perhaps with more in common with traditional direct response ads where the coupon or phone response was all-important)? This is quite an important question, because if it’s the former, to create effective online ads we just do what the press ad people have always done. i.e. we should draw on the received wisdom of the Age of Press Ads, before what Rory Sutherland, Executive Creative Director of OgilvyOne London, calls the TV Age (presumably roughly 1960-1995) temporarily(?) distracted marketers. If not, we conclude that online display is something new and different so that new lessons must be learned and new wisdom accumulated.

A key question is: should online display advertising be ‘interruptive’ or based on gaining the user’s ‘permission’? It is an inescapable truth that any Advertising must achieve cut-through, ignore this, and our online ads become wallpaper. (Which would be bad; after all, do you remember what your desktop background looks like?).

“You can’t save souls in an empty church,” said David Ogilvy .

“And you can’t bore people into buying your product.”

Indeed not; today more than ever, you need to engage them. To grab their attention, sure, but then to reward them by providing interest, amusement, entertainment or promise of gain/reward. In this respect, online advertisers face exactly the same challenges as Ogilvy and his ‘Mad Men’.

It used to be simple. In the old ‘Press Age’ days, the idea was to find a consumer reading a magazine say, which indicated they fell into your target audience. Then, just when they were enjoying it, you hit them with your ad. You distracted them from the editorial, gripped their attention and froze their hand before they turned the page. The picture attracts them, the headline flags them down and then the (long) copy completes the sell. (except they then need to go to a retailer or mail a coupon to close the loop!). When it arrived in the late ‘40s (US) and ‘50s (UK), TV advertising operated in pretty much the same way. The TV ‘commercials’ ambushed viewers who had tuned in to watch their favourite programme. The target housewife was just taking a few minutes off from her chores, to sit down with a cup of coffee, having made and served the kids tea (supper) when she sat in front of the TV and saw:

The viewer wasn’t looking for these ads, but generally speaking she was charmed by them, happy to watch; she felt good about herself, her family and of course the brand. (and she imagined her hands were very soft and her kids well nourished). This was the interruptive format at its 1960s peak (helped undoubtedly by the paucity of TV channels and the lack of a remote control). And so things continued in Adland, right through the ‘70s, ‘80s and even after the invention of the world wide web around 1989…

Then in 1999, Seth Godin, in his book Permission Marketing: turning strangers into friends, and friends into customers introduced a new view of marketing: the emergence of the internet had broken the old model and marketers needed to change their approach. The new way is to cut a deal with the ad-savvy consumer; they know what’s going on and they value their time, so you must, in effect, reward them for their attention- you are bribing them to engage with your ad. If you get it right, they will share their good brand experience with their friends/family/colleagues (via Facebook, MySpace or Twitter) and act as unpaid brand ambassadors for you. If you get it wrong they will also share and you deserve everything (bad) you get, so the theory goes. Godin argues that marketers should obtain permission at each stage in the purchasing process and that this is a more efficient use of resources because communications are only sent to people who have specifically requested them. Indeed, UK marketers must abide by the Data Protection Act 1998 and the Privacy and Electronic Communications Regulations 2003 , but companies who espouse permission marketing generally go further than the letter of the law in seeking the customer’s agreement for each stage of their sales/ Customer Relationship management (CRM) process.

However, distinguished British Creative Director Steve Harrison, author of How To Do Better Creative Work eloquently expresses an alternative point of view.

While acknowledging the transforming effect digital has had on the world of marketing, Harrison disagrees with Godin on ‘permission’; he argues that in today’s cluttered online world ads need, more than ever, to cut through; advertisers need to create intelligent, relevant, surprising messages that stop the consumer in their tracks and engage them, just as Ogilvy sought to do. He suggests that Godin’s dogma of Permission has been accepted without question, resulting in mediocrity; and specifically in bland, unconfident (especially online) advertising which is largely devoid of big ideas; the danger being that a) the ads don’t work and b) the brand itself acquires these same ‘boring’ characteristics. As 21st century marketers, he argues, we’re fixated with the idea of getting permission to do anything; this is the enemy of great creative work; after all, the great admen including Ogilvy, Bill Bernbach and Raymond Rubicam never asked permission; they believed in their clients’ products and offered them with confidence to the mass market, employing powerful ‘big ideas’ based on single-minded ‘unique selling propositions’ (USPs). Harrison argues that interruptive techniques, far from being and outmoded and irrelevant, are as vitally important to today’s digital advertising as they have always been to offline communications.

So what are we to make of all this? I believe the point is that online display advertising should be ‘interruptive’ as opposed to being boring. It should have the confidence of a successful market trader who knows his product is good but also that not everyone will buy from him every time. He sets out his stall, positions himself somewhere prominent so he’s visible but not blocking the road, and offers to engage with the consumer; if they decline he smiles and looks forward to next time. Some online consumers will be on a mission; paying their credit card, checking their Facebook or booking a holiday. They won’t expand our banner. They won’t click. In the same way, consumers are often too busy to notice our poster or press ads; that comes with the territory. Online ads are still ads; inertia is the enemy, the challenge to be overcome by the skills of the Creative guys. You can’t (ever) win ’em all.

Web advertisers (like website designers) must at all times think about the user experience. So: be interruptive in creative, but not in format. Ads that pop-up and/or take over the page, forcing the user to search for a close button while they are involuntarily subjected to your message, i.e. interrupting the web user’s journey AGAINST THEIR WILL, will turn people off, be blocked by the user via their browser, will increasingly not be accepted by publishers and are just plain stupid – i.e. bad advertising. However, if our ad is attractive, sucking the user in with magnetic force (i.e. the promise of value), but not intrusive then it will succeed.

Today’s consumer undoubtedly expects respect from brands; they will engage, but only on their terms. I’m with Seth on that one. The technology has advanced to make new formats viable; some are desirable improvements. Expandable (streaming video) banners are a smart innovation; those consumers who want to engage can do so while the others are not disturbed (or indeed interrupted!). TV ads were a ‘killer app’ because they offered moving colour images and sound (the closest thing to the salesman selling face-to-face). How much better if the consumers can choose to engage with the brand by playing the film at a time to suit them (and not when it doesn’t). They don’t have to ‘switch our ad off’; they can simply decline to engage.

The great advantage of online advertising is that you can hedge your bets. Online ads can be ‘double-duty advertising’, as Chris Barraclough, the irrepressible Founder and Creative Partner of Barraclough Edwards Chamberlain, calls it, i.e. your awareness ad can also be a direct response ad.

But don’t be too ambitious. When your banner is a small part of a large and busy web page, you can’t afford to be too clever; attempts to intrigue may well be ignored. At the very least you must pass the ‘glance test’; your corporate logo, colour and (space permitting) advertising strapline should be 100% on-brand. Allow for slow connections, old computers and small screens. You can’t guarantee that your ad’s creative will attract every reader/ user but do your best; some consumers will click, some of these will buy; others will choose not to and if they only take out some awareness then that’s still helping the brand. In fact it’s working just like good old (awareness) advertising. So please read those Analytics reports with care.

I hope the ads on this Blog engaged you. Without interrupting you…