End of the Hippie Dream: did business break The Web? 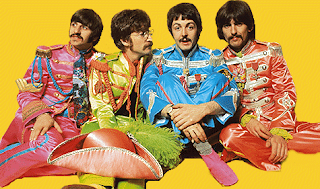 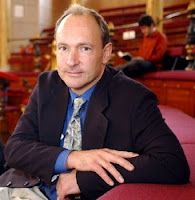 Sir Tim Berners-Lee is a scientist and something of an idealist. Oh yes: and he invented The World Wide Web. I wonder what it says in his passport under ‘Occupation’…

In my book that’s about as cool as having been in The Beatles. However I’m certain Sir Tim is worth less than Sir Paul (even without an expensive ex-wife). You see he has deliberately chosen not to exploit his invention for personal gain. Which (many would say) is also pretty cool.

When Mr B-L was working at CERN in 1989-90 he wrote a paper helpfully entitled ‘Information Management – a proposal’ which contained the breakthrough idea of combining the internet (a networked collection of computers scattered across the world) with the hypertext link; allowing one computer to directly (and simply) access information on another. He wrote his initial proposal in March 1989, and in 1990, with the help of Robert Cailliau, produced a revision which was accepted by his then manager, Mike Sendall. The first ‘Web Site’ was built at CERN, was put on line on 6 August 1991 and the rest is history.

The vision embraced by TB-L, following the vision of earlier internet evangelists including John Perry Barlow, lyricist of The Grateful Dead (and if they weren’t hippies then who was?) was of a great leveller; an empowering tool that allowed anyone to be a publisher, a record company or a bank. Almost at a stroke, the power to distribute information was taken out of the hands of the privileged few and handed to the many. This change has been described as the biggest transformation of society since the Gutenberg Bible, printed by Johannes Gutenberg circa 1455 and heralding the arrival of the Printing Press (btw why does no-one ever credit William Caxton these days?)

However in recent years, Sir Tim and other early web pioneers have expressed concerns about the way business has colonized the web and also about growing threats to our individual privacy posed by the sheer amount of personal information held by Google, Facebook, Amazon et al.

pleaserobme.com highlights the very real issue of how people thoughtlessly give away too much personal information online – especially on social networks.

But this doesn’t mean the web’s become ‘evil’. Sure, bad things happen online but generally they are caused by bad people. To blame the web is tantamount to shooting the messenger.  Yes terrorist groups have used email to organise, but so have disaster relief agencies. For all its faults, there has never been anything that has so enabled, empowered and connected the global population; even though only c.25% of the world is currently online (remember that!). And it’s good that people are concerned. In most wired countries there is data protection legislation in place and healthy debates about privacy and ‘the cost of free‘ .

So did business break the web? No: not yet. And we don’t have to let it. The web will bring benefits to millions more people in the months, years and decades to come which should far outweigh the costs (cyber-crime, loss of privacy, internet addiction etc). Jeff Bezos, founder of Amazon, created a product which has made shopping a whole lot easier and more enjoyable for millions of people. Facebook has 300 million users which would make it the ‘third largest country in the world’ (ahead of the US). These people choose to ‘talk’ to each other and it’s free. Mark Zuckerberg doesn’t force people to connect (OK so maybe he encourages them just a bit…).

Throughout history, the founders of successful businesses have, generally speaking, made a lot of money. The web can be a force for good which includes good business and if people like Bill Gates of Microsoft make more money out of it than they need, they can always choose to give it to Charity. (But that’s a whole ‘nother Blog post…).

So Sir Tim: thanks for the wonderful gift you have given us; and please don’t worry. We’ll do our best to use it responsibly (won’t we?)