Changing Times. But will we pay?

Today, we find a place to rent or a house to buy, we book a holiday and stay in touch with our friends using different technologies from those our parents relied on 25 years ago. We all know the internet has changed the world, both economically and sociologically. We call it ‘The Internet Revolution’, but this wasn’t just an event which occurred in 1998 (say) and then stopped. It’s an ongoing process. This is the Revolution. We’re in it. And big changes will keep on happening.

In the near future, two websites will no longer be free to access. You’ll need to pay £1 for a day, or £2 for a week’s complete access. The two sites are thetimes.co.uk and thesundaytimes.co.uk. (quick: have a look for free now, before the ‘paywall’ goes up!) It’s not much money really. So what’s all the fuss about?

The significance of this move is that these are big serious ‘newspaper websites’ and that this ‘experiment’ could go either way. We are used to getting our online news for free. But soon the c.21 million (unique users per month) readers of www.timesonline.co.uk are going to be told: “We have 2 great new sites now, but you must pay or we won’t let you see them.” (No fee, no view). How will readers react?

The world is watching. This is being seen as a test case. If anyone has the ‘cojones’ to try this move, it is Rupert Murdoch, Proprietor of the (London) Times and the Sunday Times. Indeed it could be argued that he has little choice. The Times and The Sunday Times lost £87million in 2009. But was this due to: i) not charging enough for its content or ii) paying too much to too many journalists or iii) not attracting enough advertising revenue? (or indeed all of the above?)

We are talking about the most extreme form of ‘paywall’. Google and Bing won’t be able to ‘crawl’ the content or show it to us. Searches will no longer turn up stories from either website.  If I subscribe and you don’t, when I send you a link you’ll have to stop at the entry barrier until you lay down your dollar (must remember that for future posts…) This is certainly a bold initiative, and the advertising and media world is divided as to whether a) it’s a good thing and b) it will work.

The Times and The Sunday Times are part of Times Newspapers Ltd which is part of News International Ltd which is itself part of News Corporation (still with me?) which also owns 38% of Sky TV and of which the founder, chairman and chief executive officer is Rupert Murdoch. The CEO Europe and Asia and heir-apparent is his son, James Murdoch. The Times itself is one of the oldest newspapers in the world. Founded in 1785, the newspaper (nicknamed The Thunderer) invented the Times New Roman typeface (=font)  in 1932. It was bought by Murdoch in 1981, and in the late 1980s, after a fierce struggle against the trade unions, based its operations at ‘Fortress Wapping’ in East London. Murdoch himself is not a Luddite; far from it; News Corp. owns MySpace (another brand currently engaged in a bitter fight). He has introduced much new technology into newspaper creation and production. This could, however, be his biggest battle of all; persuading us to pay for our news (+ comment + opinion); in other words, proving that people will pay for quality news journalism even when it’s accessed online.

The new sites are currently available on a free trial. No expense appears to have been spared in their content, design and build. There are cool features like a culture planner (from which you can plan your week’s entertainment and even set your Sky+ TV recorder) and loads of embedded video and audio. They look great (especially on an iPad). Suddenly Harry Potter’s The Daily Prophet doesn’t seem like Science Fantasy. Perhaps this is what James Murdoch meant when he recently predicted “a revolution in reading”. Maybe, just maybe, this is what the next generation of newspapers (and magazines) looks like. And we will have to pay.

If the model works, it offers the prospect of a viable future for news journalism. (Success would also raise questions about the validity of a Google search for news in a situation where the’ best’ analysis and comment is hidden away behind the various paywalls). If this initiative fails, who will choose a career as a trained writer-journalist in the years to come? If the paid-for printed newspaper is becoming a ‘status symbol’ carried by the few as an accessory (à la FT), will the online news site subscription be its digital equivalent? (So we can send those links out to impress our friends/ Twitter followers who can click them but can’t see the content? I think not.) Will sufficient advertisers enthusiastically welcome the thinned-out VIP group in the rarefied atmosphere behind the paywall, deeming this to be an attentive, engaged (paying) audience worth paying a big premium to reach? That’s the gamble. We’re at a crossroads.

Understandably the media (on- and offline) is buzzing right now. These are just some of the views currently being expressed:

“I want my employer to be paid for my intellectual property.”
Danny Finkelstein, chief leader writer and political columnist, The Times

“They must understand the fundamental dynamics of online advertising. It is unlikely that advertisers will pay a premium for ads on The Times because the ad unit is bigger, looks nicer or indeed, is being shown to a paying subscriber…. The real opportunity is to monetise the comment, analysis, features and interactivity that are a key part of the Times offering.”
Rob Horler, MD, Carat (via Campaign)

“We estimate that the (online) audience …will drop by more than 80 per cent. They’re not going to be able to charge 20 times what everyone else charges (for advertising space). But… I would never bet against News International…I think everyone should applaud what they’re trying to do.”
Claudine Collins, joint head of investment, MediaCom (via Campaign)

“We’re going to stop people like Google, or Microsoft or whoever, from taking our stories for nothing.”
Rupert Murdoch

Speaking personally, I buy the Sunday Times Newspaper every week as I have for years. It’s an overwhelming tome in 9 sections and generally it’s interesting, well-written and free of typos. One of the stresses in my life is how little of it I have time to read before it goes into the recycling bin. But I don’t resent the cover price of £2. I believe it’s more than worth it. However, online, I feel and act differently and I know I’m not alone in this. The BBC gives me almost as much news as I want – for free. When I feel I need more, there are other (free) sites which help me to keep up with the latest developments in digital marketing and, equally importantly, the various activities of Wayne Rooney, Cheryl Cole and Justin Bieber.

It isn’t much money but neither is it free. Every consumer will make their own ‘purchase’ decision. Will enough people pay the subscription to the new Times sites and will enough advertisers be prepared to pay enough to target these few subscribers so that the whole business model works? That is what they used to call the $64,000 question.

No-one can accuse Rupert Murdoch of walking away from difficult battles. And with an estimated net worth of $6.3billion, he can afford to take some risks. But has he taken on too much this time? Writers, both professional and amateur, crave credibility, authority and INFLUENCE. That is helped (albeit not guaranteed) by building a big audience. Will The Times’s world-class journalists, who have grown accustomed to building their personal brands by accumulating large (unmonetised) online audiences, find themselves ignored, lonely and irrelevant behind the paywall, like the late night DJ on local radio, talking to only a few people (which might also mean only a few advertisers)?

Will this move by The Times turn out to be the salvation of paid-for news journalism, or just another brick in the wall of its mausoleum? No-one knows for sure: not even Keith Rupert Murdoch, AC, KSG, himself. But it’s going to be interesting to watch. 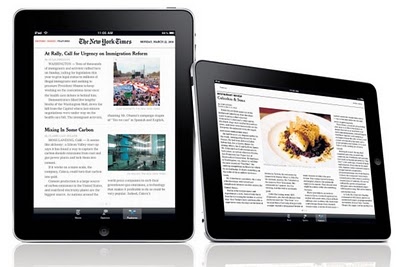