“The Law is an Ass” says Mr. Bumble in Charles Dickens’ Oliver Twist. Yes, even here in Good Old Blighty, the oldest democracy in the world (err…sorry Iceland, Greece, Isle of Man, America, NZ +++), we sometimes get it badly wrong: the upshot being that we end up with laws that are ridiculous, unenforceable, dangerous or all of these. One such is the new UK Digital Economy Act (DEA). The Act was rushed through by the last UK Government without proper scrutiny or discussion, in the pre-election ‘wash-up’ period.

I recently took part in a debate at Speakers’ Corner, Hyde Park in London about the Act, organised by Digital Lounge and Digital Marketing London LinkedIn Groups (I always suspected these guys were real). I met some very interesting digital people and heard some great arguments (against) the Act but unfortunately(?) none of us is currently a Member of Parliament.

The DEA was voted through on its third reading in the House of Commons on April 7 this year by just 189 votes for, to 47 against. (there were 646 constituencies, meaning that approximately 37% of MPs bothered to turn up to vote and only some of these even attended the debate: democracy in action?).

Despite a massive ‘(Twitter) storm ‘of opposition and over 20,000 people writing to their MPs in opposition to the bill, all that ultimately matters in these cases is what the MPs actually do on the day and the Digital Economy Bill duly went through; it received the Royal Assent on April 8 and became law on June 12 2010. 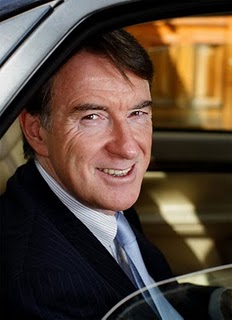 The Bill was largely the work of former Business Secretary Lord Mandelson (aka ‘The Prince of Darkness‘ -his words, not mine). What was its inspiration? It was apparently intended to protect the intellectual property of creative people, specifically movie-makers, musicians, authors and their publishers, the thinking presumably being: “Without ownership there is no incentive to innovate”…

But maybe this view of copyright and its enforcement has been overtaken by technology. Perhaps it is outmoded and might actually stifle creativity. A friend of mine drew my attention to this excellent TEDTalks video about the lack of copyright in the Fashion Industry.

At Speakers’ Corner, I had the pleasure of meeting Jim Killock, Executive Director of The Open Rights Group who is a  passionate and articulate opponent of the Act and defender of civil liberties, both online and offline. He is currently locked in talks with Ofcom (the UK regulator) about the Act. Now that it’s the law, the inertia inherent in the system means the legislation tends to trundle inexorably into our lives…Jim deserves our support.

As we know, the music industry is in turmoil. At the same time, newspapers are fighting a desperate battle against ‘the desire of their online content to be free’ (and the unwillingness of readers to pay for it). The movie industry is focused on protecting its intellectual property and revenue streams. This Act, in a significant content market, where people spend a lot of money on the arts and are also relatively digitally savvy, will be seen by the big studios as an important pillar in their global defensive edifice against illegal file downloaders and they may even seek test cases ‘pour encourager les autres‘.

Another friend of mine is a photographer who has shot many classic music album covers; however he regularly sees his work in places where he wasn’t paid for usage. He doesn’t think the new Act will help him recover a penny in unpaid royalties (Copyright Lawyers For You anyone?). Rather, he believes the DEA is by the big content owners for the big content owners and that it does nothing to protect the little guy who has created something using his/her imagination and skill. So another Fail.

The penalties for suspected infringement of the DEA would appear to be draconian and the monitoring necessary for enforcement would potentially go against EU privacy law. Moreover the scope under the Act  for miscarriages of justice is massive. What happens if your wireless router gets hacked? What about ‘Pirate Bay teenagers’ or indeed ‘LimeWire grannies’? Will poor old ‘Bill Payer’ be clobbered for the sins of others? How will guilt be established? Innocent parties might have their internet connections restricted (aka ‘throttled’) or even suspended. Legitimate websites may be blocked. Owners of internet cafes, university libraries and other public spaces will be too scared to provide Wi-Fi zones, for fear of prosecution under the Act. And in the Digital Age, is it fundamentally reasonable to deprive individuals and businesses of internet connectivity? So much for ‘Digital Britain’!

Moreover, who is going to enforce this Act? Are we to have an even keener surveillance society? Will the Police be sent round with wirecutters? Unlikely. Instead the ISPs will be required to be the bad guys. But TalkTalk and BT have already challenged the Act, the former stating that it is not prepared to comply with any instruction to disconnect their customers. So the Act is looking unworkable even as it hits the statute book… 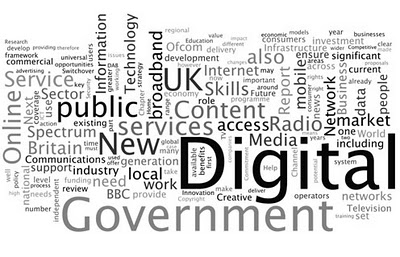 However: as Edmund Burke apparently didn’t say(!?), “All that is necessary for the triumph of evil is that good men do nothing“. Already, the big content owners and various Government spokespeople are talking about “making the Act work” and “getting on with implementation”. So we can’t rely on this Act to implode and reform itself.

This is the most important piece of legislation about the internet EVER in the UK. It’s too important to be left to politicians. Web access is a basic human right. Like food, water, shelter and political and religious freedom. (OK, we’re still working on some of these too).  We didn’t get the right Law. So sign the petition against sections 11-18 of the Digital Economy Act 2010. And if you’re not a UK citizen, please pray that the ‘Mother Of All Parliaments’ gets it right next time.